NIH Study: Coffee Really Does Make You Live Longer, After All

Caffeine addicts, rejoice: all the coffee you're downing over the course of a day could be lengthening your lifespan. For real.

According to research published today in the New England Journal of Medicine, people who drank four or five cups of coffee a day tended to live longer than those who drank only a cup or less. The benefit was more pronounced for women, but men also stand to gain somewhat from pounding joe.
Coffee-drinking men cut their risk for death by 12 percent after four to five cups of java, according to the study, which was led by the National Institutes of Health's Neal Freedman. Women who drank the same amount had their the risk of death reduced by 16 percent.

Freedman and his team drew data from the National Institutes of Health-AARP Diet and Health Study, a 13-year assessment. They found that coffee drinkers progressively cut their risk of death the more they drank. The sweet spot appears to be between four and five cups of coffee a day -- any more than that, and the effect wears off somewhat.

There is a catch: people who drink coffee tend to die sooner than non-coffee drinkers. That's because coffee consumption is often linked with other unhealthy behaviors like smoking. So, to add the most years to your life, the next time you're down at the diner, double down on the coffee, but leave the cigarettes out of it.
Update: Although the study may offer coffee drinkers some peace of mind when it comes to their habit, it's important to remember that this is an observational study only, not a clinical trial. As Freedman told Bloomberg News, "we don't know for certain coffee is having a cause and effect," and that coffee has more than 1,000 compounds that ought to be tested.
Posted by Unknown at 08:23 No comments: 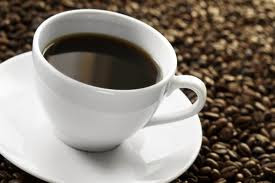 There is a Turkish saying that “coffee needs to be black like hell, strong like death and as sweet as love”.

Throughout the centuries coffee made its way through five continents, wandered around the world, laying physical and cultural roots wherever it went. What has not been said yet about coffee that has not already been expressed by philosophers, authors, poets and screenwriters in the East and the West?

What is it about a little cup of coffee that awakens such excitement in all of us?

Come and read what cultural personalities from around the world have to say about coffee and how it actually all got started:

Honorè de Balzac
“Coffee slides down into the stomach and ideas come marching in like an army, galloping memories, imaginary horsemen with their fancy riding, legions of artillerists scramble by, figures take shape, the paper becomes filled with ink, the system starts and stops in waves of the black beverage, like the battle determined with black dust.”

Herman Friele
“Sleep is just another symptom of a lack of caffeine.”

Sheikh Adb-al-Kadi in 1587
“Coffee is the common man's gold, and like gold it brings to everyman the feeling of luxury and nobility.”

Mahmoud Darwish
“You must pour a cup of coffee gently and lovingly into a white cup. Coffee cannot express itself properly in a dark cup.”

Christian Friedrich Henrici (Picander) Coffee Cantata Composed by Bach
Mm! how sweet the coffee tastes,
more delicious than a thousand kisses,
mellower than muscatel wine.
Coffee, coffee I must have,
and if someone wishes to give me a treat,
ah, then pour me out some coffee!

Israeli Comedy From 1976, Chelfon Mountain Not Answering
Victor Chason shouts at an Egyptian soldier who is boiling water (a hint about torture in Egyptian captivity) with an electric spoon:  What is this? Have you become Ashkenazim? That’s how to make coffee?!
_____________________________________________________________________
There are several legendary accounts of the origin of the drink itself. One account involves the Yemenite Sufi mystic Shaikh ash-Shadhili. When traveling in Ethiopia, the legend goes, he observed goats of unusual vitality, and, upon trying the berries that the goats had been eating, experienced the same vitality. A similar myth attributes the discovery of coffee to an Ethiopian goatherder named Kaldi.

In Ethiopia it was customary in the past to eat the coffee beans, and to not make a drink out of them. Ethiopian monks used to chew the beans in order to stay awake. The coffee wandered along with the Ethiopian traders that brought it to their country and began growing it. It is possible that an Arabic doctor El Razy mentioned coffee in one of his letters in the 9th century, but the first time any reference was made to making a drink out of roasted beans is dated several centuries later.

The most important of the early writers on coffee was Abd al-Qadir al-Jaziri, who in 1587 compiled a work tracing the history and legal controversies of coffee entitled Umdat al safwa fi hill al-qahwa. He reported that one Sheikh, Jamal-al-Din al-Dhabhani, mufti of Aden, was the first to adopt the use of coffee (circa 1454). Coffee's usefulness in driving away sleep made it popular among Sufis. A translation traces the spread of coffee from Arabia Felix (the present day Yemen) northward to Mecca and Medina, and then to the larger cities of Cairo, Damascus, Baghdad, and Istanbul.

In 1511, it was forbidden to drink coffee in Mecca. In Cairo, Egypt, a similar ban was instituted in 1532, but due to the beverage’s tremendous popularity the ban was lifted quickly. In 1554 the first coffee shop was opened in Istanbul by two Syrian traders. It is told that these traders were so successful that one of them managed to save the sum of 5,000 gold coins in three years. In 1633, Ottoman sultan Murad IV bans coffee and tobacco and even threatens the death penalty to coffee drinkers, but in 1634 the great mufti of the Ottoman Empire in the Fatwa allowed smoking and coffee drinking out of the principle that anything that is not explicitly forbidden in Islamic tradition – is allowed.

Coffee Plantations in West Indies Islands
The vigilant trading between Venice and North American countries, and the and the import of a variety of African merchandise brought about the penetration of coffee in Venice, the first place to drink coffee in Europe. As early at the 16th century the British Eastern India company and the Holland Eastern India company brought coffee to England, and the first coffee shop was opened in 1650 in Oxford by a Jewish Turk called Jacob or Jacobs. The beverage’s popularity rose rapidly and by 1675 England already had some 3,000 coffee shops. Coffee arrived in France in 1669, as a result of a visit by the Turkish ambassador who brought a great quantity of coffee powder with him and some coffee beans to the royal courtyard, and this is how the drinking of coffee became established n Paris. Coffee came to Venice as part of the booty for beating the Turks in the War Over Venice (1683), and by this time they were adding sugar and milk.

Coffee reached the new world as a result of French colonization, to Martinique at first and the Western Indie Islands, where the French set up coffee plantations. In 1787, Lieutenant-Colonel Francesko De Melo Plata smuggled coffee beans from the French Guinea to Brazil, forever changing the history of coffee. The wide use of slavery in the coffee plantations of Brazil brought about a significant increase in the world’s coffee production throughout the 19th century, transforming coffee from a beverage for nobility to a beverage for all. Throughout most of the 19th and 20th centuries Brazil was the main producer of coffee in the world and had a monopoly that required maintaining high prices, which brought additional producers into the market, among them Columbia, Guatemala and Indonesia.

http://www.strauss-group.com/en/-1/Other-Pages/General-content-pages/Coffee-Stories/
Posted by Unknown at 04:37 No comments:

The Coffee Song by Frank Sinatra 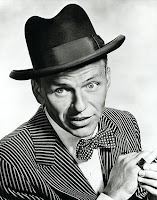 God’s Coffee – Are you enjoying Life 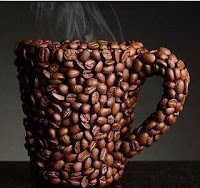 Are you enjoying your Coffee….. a small story with a lesson..

A group of alumni, highly established in their careers, got together to visit their old university professor.

Conversation soon turned into complaints about stress in work and life.

Offering his guests coffee, the professor went to the kitchen and returned with a large pot of coffee and an assortment of cups – porcelain, plastic, glass, crystal, some plain looking, some expensive, some exquisite – telling them to help themselves to the coffee.

When all the students had a cup of coffee in hand, the professor said:
“If you noticed, all the nice looking expensive cups were taken up, leaving behind the plain and cheap ones. While it is normal for you to want only the best for yourselves, that is the source of your problems and stress.

Be assured that the cup itself adds no quality to the coffee. In most cases it is just more expensive and in some cases even hides what we drink.

What all of you really wanted was coffee, not the cup, but you consciously went for the best cups… And then you began eyeing each other’s cups.

Now consider this: Life is the coffee; the jobs, money and position in society are the cups.
They are just tools to hold and contain Life, and the type of cup we have does not define, nor change the quality of Life we live.

Sometimes, by concentrating only on the cup, we fail to enjoy the coffee God has provided us.”
God brews the coffee, not the cups………. Enjoy your coffee!

http://rishikajain.com/2012/06/08/inspirational-stories-pictures-quotes-gods-coffee-are-you-enjoying-life/
Posted by Unknown at 07:21 No comments: 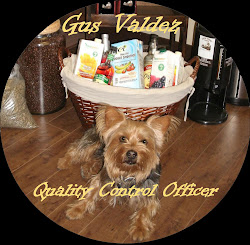